Kolkata city tour, Kolkata also is known as Calcutta .kolkata is the capital of the Indian state of West Bengal. Located on the east bank of the Hooghly River approximately 75 kilometers east of the border with Bangladesh, it is the principal commercial, cultural, and educational center of East India,  The city knows "cultural capital" of India, and is also nicknamed the "City of Joy".

Kolkata has a tropical wet-and-dry climate zone. It is warm year-round, with average high temperatures ranging from about 27 °C in December and January to nearly 38°C in April and May. Kolkata has 3 main seasons: Summer, Monsoon, and Winter. Summer, from March to May,  Winter is the best season to visit the city as these months are most pleasant and rainless.

HOW TO GET IN

Netaji Subhash Chandra Bose International Airport connects with South East Asia and receives some flights from Europe. From Airport to main city distance 20 km. A prepaid taxi both is there.

Three main railway station in Kolkata.Howrah, Sealdah and Kolkata terminals. The Foreign railway office is in Fairlie's place. Kolkata is well connected all over to India. 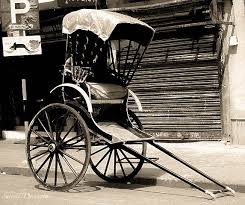 Below 4 years no cost.