West Sikkim is beautiful nature view Eastern Himalaya tourist destination of India. Mt. Khnagchendzonga and also known as the Hallmark land of eastern Himalayan state in India West Sikkim is one of the unexplored beauties of Sikkim state. The pristine beauty of snow-covered mountains, majestic waterfalls, blessed flora and fauna, and breathtaking views spellbinds every visitor. Nature lovers, adventure enthusiasts, honeymoon couples or families, the beautiful region shall take your breath away. The beautiful region shall be a dream destination.

GoBhraman is a tour company based in Kolkata city.that specializes in safaris and tours that fit in with a philosophy based around responsible tourism, conservation and the utilization of the environment in a sustainable manner. We are passionate about Sikkim tourism, and who live and travel in this spectacular region, to bring you the finest holiday experiences. Go Better Feel Better with us.

GoBhraman holidays are a tour company. Based In Kolkata city and that specializes and destination tours that fit in with a philosophy based around responsible tourism. Conservation and the utilization of the environment in a sustainable manner.

We are passionate about all tour and best knowledge in that spectacular region, to bring you the finest holiday experiences.

We make a customized  West Sikkim tour with your budget.

4 nights 5 days west Sikkim tour package starts from the capital city Njp station then to Pelling sightseeing and further to Ravangla also Namchi Chardham. Some charming attractions you will come across are Budha statue of Ravangla  & Temi tea garden. Khecheopalri Lake & Shingshore Suspension. Get mesmerized by the natural beauty, observe the pleasant people and take home experiences of a secret paradise 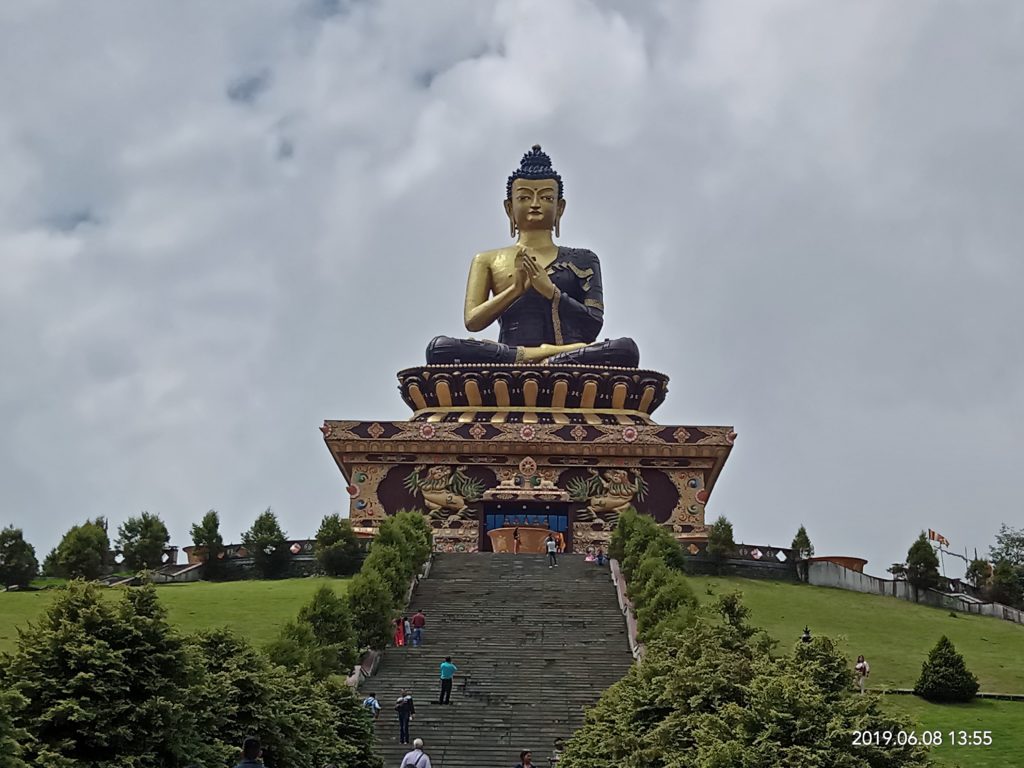 On arrival at NJP  you will be received by our representative, who will be waiting for a warm welcome just outside of Njp Rly. Station by your nameplate /your referral and proceed for peeling (7,000ft. /124 km. /6 hours) the land lies with Mt. Khnagchendzonga and also known as the Hallmark land of eastern Himalayan state in India. On arrival at Pelling check in at your hotel, night stay at Pelling.

Full-day Excursion trip to Pemayangtse Monastery, built-in 17th. Century, it is one of the oldest and most important monasteries of the Nyingmapa order of Buddhism in Sikkim also visit  Khecheopalri Lake & Shingshore Suspension Bridge is worth seeing – length & gorge height is 680 ft. It is the second-highest bridge in Asia. This area also has its. Also Visit Kanchendzonga waterfalls, overnight stay in Pelling.

Today proceed for Gangtok (5500ft. /124 km. /4 hours), the capital city of Sikkim state (Sikkim is the 23rd.state of India) which also known as most peaceful & beautiful state in India. On arrival at RAVANGLA check-in into your hotel, overnight stay.

This unique Pilgrim Centre has the main temple of 108 feet height on which is based the 87 feet high statue of Lord Shiva on the sitting posture at the Solophok Hill. Apart from Shiva statue, this Pilgrim Centre also has replicas of the twelve Jyotirlingas, to offer one platform for Shiva devotees. Colophon Chardham Lord Shiva incarnated as Kirateshwar in Indrakeel (Present Sikkim). Therefore, in this incarnation, he is locally worshipped by the people of Sikkim as Lord Kirateshwar. A statue of 16 1/2 feet height of Lord Kirateshwar is also installed in the complex. In order to attain Moksha, the Hindu belief is to perform pilgrimage to all the existing four Dhams. Thereby, replicas of these four Dhams, namely Badrinath, Jaganath and Dwarka dedicated to Lord Vishnu and Rameshwar, dedicated to Lord Shiva is also constructed.

Ravangla is one of the most popular tourist destinations in South Sikkim. At an altitude of 7000 ft, located on a ridge between Maenam and Tendong Hill, Ravangla offers unmatched views of the Greater Himalayas. The beauty of its landscape and its location as a transit point to nearby destinations has made Ravangla a must-visit place. night stay Ravangla.

Pickup in an Exclusive car from NJP Station (the car will stay with you throughout the trip) and drop you to NJP Station. Accommodation in hotel(Triple Sharing) Food Package starts from Lunch on Day 1 and ends at Breakfast on the last Day.

Train food Entry fee.anything which not including inclusion.